You are here: Home / Uncategorized

Over the past several months, the Department of  Labour and Advanced Education has been consulting with the public to consolidate and amend the Workplace Health & Safety Regulations.

Since the consultation launched in September 2014, LAE has received considerable feedback and has decided to completely re-think what regulatory changes are needed at this time.

Click HERE for a summary of the specification changes for 2015.

NS Depart. of Labour and Advanced Education (LAE) is in the process of changing 13 of the OH&S regulations and these changes establish Workplace Health and Safety Regulations. Join OEA and the employer community as they review the draft changes, new items and discuss the impact to employers and Nova Scotia businesses.

Please click the following link: HERE and complete the registration fields below the posting.  You will recieve a confirmation e-mail within 24 hours.

If you have any questions, please contact Robert Benoit at robert.benoit@oeans.ca or 902-442-9367.

HALIFAX, November 13, 2014 ‐‐ The Construction Association of Nova Scotia (CANS) supports the proposed amendments to the Apprenticeship and Trades Qualifications Act accepted on November 6th, 2014. “These amendments are a step in the right direction,” says CANS President Duncan Williams. “They will go a long way in encouraging more Nova Scotians to pursue apprenticeship as well as make it easier for those already in the system to come back to Nova Scotia to work.”

Currently, only about half of apprentices registered in Nova Scotia complete their certification. “Making it easier for apprentices to receive and complete their training is the ultimate goal, and consistency across the country will help to achieve that,” says Williams.

The amendments include changes that allow Nova Scotia apprentices who pursue on-the-job-training in another province to no longer have to register in that province, and out-of-province on-the-job and trades training to be recognized.

“These amendments will allow for Nova Scotia apprentices to move through their apprenticeship training faster and will make it easier for those apprentices who leave the province for work to ultimately come home,” says Williams.

In 2013 CANS made recommendations to the Minister of Labour and Advanced Education regarding the Nova Scotia Apprenticeship system. These recommendations looked to see employers more involved and accountable, to create more apprenticeship opportunities, to improve support, and for the creation of a Special Operating Agency. Throughout 2014 CANS has continued to play an active role in the development of this new industry-led, industry-driven Nova Scotia Apprenticeship Agency.

CANS also knows that earlier education of Nova Scotia’s youth on the opportunities available to them can go a long way in encouraging more people to enter the skilled trades and in ensuring success of the apprenticeship system.

In 2008 CANS launched the Building Futures for Youth Program. The program, which was developed in partnership with the Department of Education, the Department of Labour and Advanced Education – Apprenticeship Training and Skill Development Division, and the Nova Scotia Community College, offers grade 10 and 11 students the opportunity to safely explore careers in the construction industry through paid summer work terms.

“The program has seen great success since it began,” adds Williams. “Since 2008 Building Futures for Youth has provided over 400 students the opportunity to safely explore careers in the skilled trades at over 120 companies across Nova Scotia.”

CANS represents more than 750 large and small companies that build, renovate and restore non-residential buildings, roads, bridges and other engineering projects. We are an industry trade association representing the interests of contractors, suppliers and service providers throughout Atlantic Canada and across the country. Construction is a $2.8 billion a year industry in Nova Scotia and employs nearly 30,000 men and women from across the province. For more information about the Construction Association of Nova Scotia visit www.cans.ns.ca. 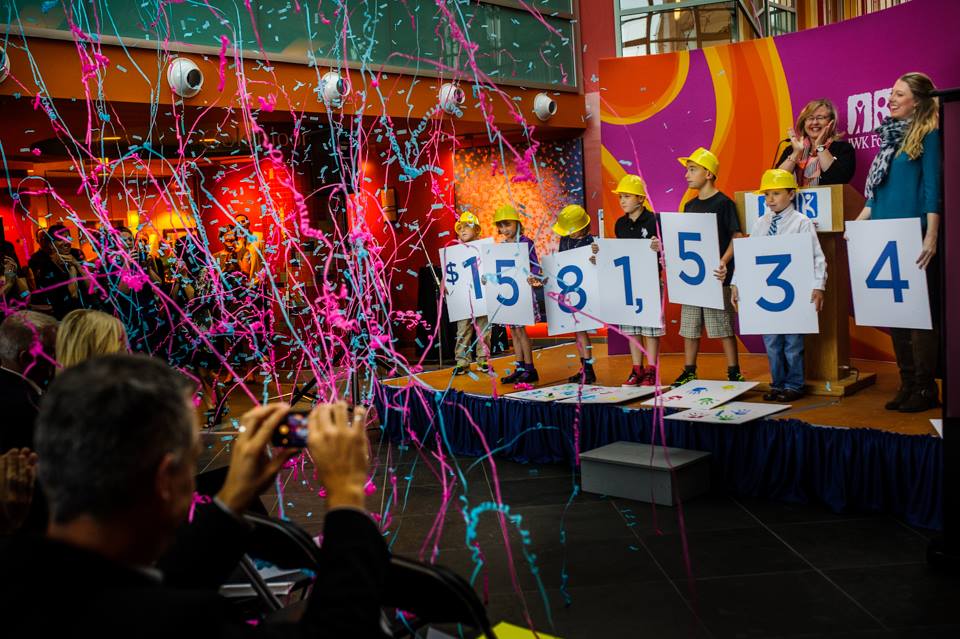 “CANS and members of the construction industry know the importance of building healthy communities,” said Adrian Morrison, regional vice president with Black & McDonald and chair of the CANS Campaign for the IWK. “As Atlantic Canadian builders, we believe in creating world-class facilities right here at home. Our families deserve nothing less. We’re extremely proud to be able to have this kind of impact.” Read more.

A few years ago, CCA created some documentation regarding the proper use of CCA/CCDC documents. There has been a recent resurgence in interest in this material, so we wanted to remind everyone that it is still available for your use.  Read more.

The development of the $500-million Nova Centre complex under construction in downtown Halifax has taken a new litigious twist.

The Thiel Family Group of Companies, owners of the Bank of Montreal Building, the TD Centre and the downtown block of buildings proposed to be redeveloped as 22nd Commerce Square, has launched a Nova Scotia Supreme Court action, alleging that the provincial government broke its own laws by granting Argyle Developments Inc., owner and developer of Nova Centre, an exemption from municipal planning rules.