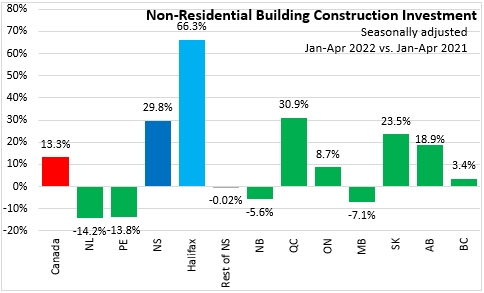 Compared to January-April 2021, building construction investment was up 40.2% in Nova Scotia.