You are here: Home / front / Statistics // Highlights from “Infrastructure: Roads and Bridges,...

May 24, 2022 — Statistics Canada has released new infrastructure data on publicly owned roads and bridges for 2020. In 2020, Nova Scotia had 28,340 kilometres of publicly owned highways and roads.  The largest portions of Nova Scotia roads are local roads, followed by collector and arterial roads. 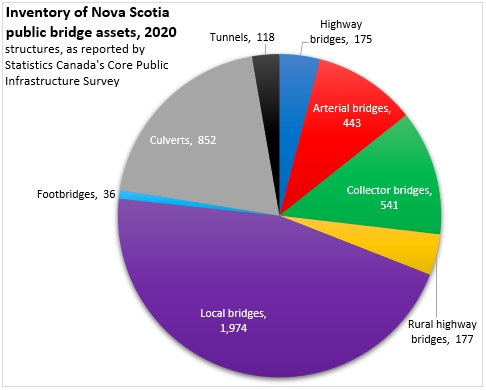 LEARN MORE: For more information from this dataset, as well as definitions for the designations used in this survey, please click here.

Notice // National AccessAbility Week is from May 29 to June 4 Statistics // Highlights from “Labour Productivity and Hours Worked, ...
Scroll to top