On Friday, November 29, 2019, the Construction Association of Nova Scotia (CANS) attended the West Hants Middle School Career Expo. The event brought together more than 500 middle-school-aged (grades 6-8) students to explore future career paths. CANS Construction Connection (CCC) Lead, Lori Rogers delivered an inspiring keynote address to the students, which encouraged them to explore non-traditional roles and career paths as well as highlighted the growing opportunities in the construction industry, based on the rapid pace of technological changes and more Baby Boomers retiring.

Following the keynote, the students each attended four workshop sessions, roatating between more than 30 different presenters and careers for students to explore. CANS is excited to have been a part of this school’s FIRST career expo — West Hants Middle school knocked it out of the park!

Some of the student’s feedback:

“Thank you, Lori, you were a huge part of making the day such a success! You were repeatedly cited as a highlight for many students in their feedback.”  – Sarah Wellwood, School Counsellor at West Hants Middle School 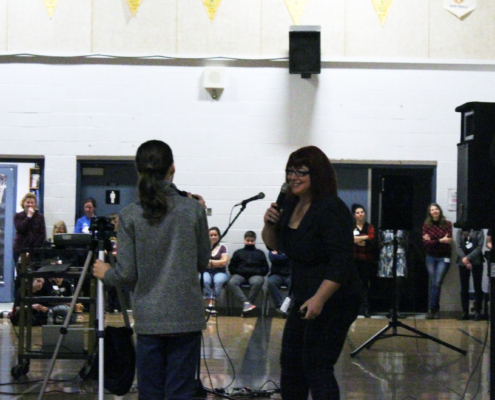 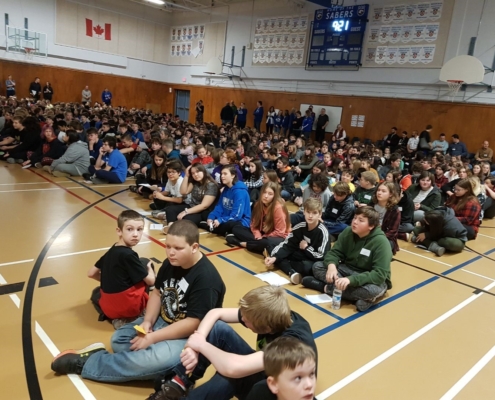 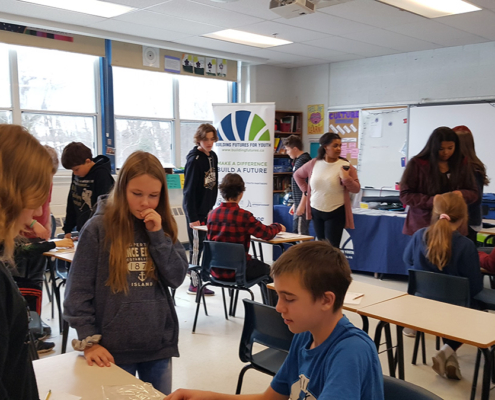 In an effort to increase the number of youth exploring careers in the construction industry in Nova Scotia, CANS provides a full-time point of contact to act as a liaison and resource for construction related information. We will work directly with teachers, students and employers to assist with new strategies and opportunities uniquely designed for each community. The CANS Construction Connection program is intended to be flexible and evolve to address the needs of industry and education as they arise.

About Building Futures for Youth (BFY):

The Construction Association of Nova Scotia (CANS) developed Building Futures for Youth (BFY), in partnership with the Department of Education, the Nova Scotia Apprenticeship Agency, Nova Scotia Community College and local regions of Education with consultation from industry representatives. The program is designed to increase the number of youth safely exploring careers in the construction industry.

Since its original pilot in Halifax in 2008, BFY helped more than 720 students delve into a variety of construction-related fields. The program also expanded to now include eight regions of education in Nova Scotia .