You are here: Home / front / Statistics // Housing Starts in Nova Scotia for March 2022

The following was shared by the Finance and Treasury Board on April 19, 2022. To find more information and national stats, view the full release here. 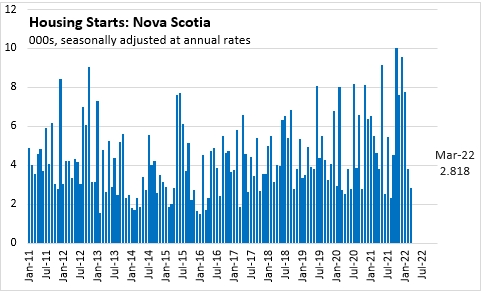 Notwithstanding a dip in the last two months, Nova Scotia’s housing starts have trended up since mid-2021 (rebounding from a decline early in that year).

Statistics Canada has also released quarterly housing starts that are neither adjusted for seasonality nor annualized:

Notice // Additional Information on Phase Two Implementation of Changes to the... CANS Board of Directors – Call for Nominations
Scroll to top